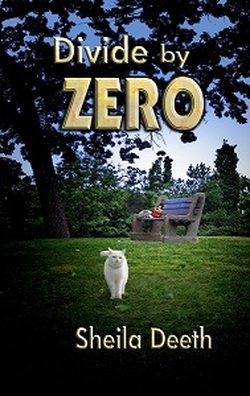 Peter gazed down at the golden pond of his drink. I’m not my father he told himself though his reflection wasn’t sure. I’m faithful, good and true. I’m not like him. I don’t hurt people.

He glanced up at the woman dancing on the stage. She was young and beautiful, unblemished and free. He watched her swirl, swinging her red skirt high above her knees. Mary had danced this way in their youth. She’d hung on his arm, long curls of hair brushing his face, filling his nose with the perfume of roses and sun. Her eyes shone like blades of new grass in a painting. Her lips brushed his, soft as petals falling in rain. But this wasn’t Mary, and Peter wasn’t his father. He wondered if his parents had ever known any dance but hurting and tears.

“You could try your chances with her, old man,” said the friend at Peter’s elbow. “See how she’s looking at you?”

“I mean, seriously, she’s got all the moves. And look at those…” The friend fisted hands in front of his chest, but Peter shook his head again, making his ears ring. The conversation clattered too loud and jarring. He shouldn’t have come here, shouldn’t have let them persuade him. He should have stayed working, or gone home alone.

The friend of a friend from a table close by rocked a lazy hand. “Old Pete, you know, I rather think he likes…” Long fingers dangled in the air as words trailed away.

Not that Peter minded, but why should not wearing a ring and not dating mean people assumed he dated men? Crazy world we live in. He sighed, lifting the glass back to his lips. Drink up. Get out of here. I shouldn’t have come.

The dance ended. The woman placed her mike back on the stand. She stared over the crowd then glided toward their table as if she’d seen Peter watching. Broad hips swayed under the bright red dress. Thick hair tumbled on bare shoulders. Her teeth were white, eyes green, but she wasn’t Mary, wasn’t who he wanted to see.

“I’m off.” Peter coughed, slapped down his glass and added, “Got work to do tomorrow.”

He wasn’t used to this, the company, the drink, going out instead of going home. He had rules to keep him safe and lived by them. Now Peter staggered as he climbed to his feet, steadied himself, leaned over the table, then felt sick. Sour smells of drink, sour memories flooded in. He’d given up women long ago; perhaps it was time to give up alcohol too. It had been a mistake letting his friends drag him here, risking temptation in public. Lead us not… Remembered prayer? He shouldn’t let friends lead him away from his silent home, or drink lead to despair; no ring, no girls, no nothing the safest way.

He remembered the smell of his father’s breath and the ringing sound of his voice. He remembered the sodden thump like wood on wet earth and his mother’s whimpering cries like a kitten in distress. He remembered many things and thrust them away with straightened arms. Then he struggled to find the door.

“Don’t leave.” Was someone calling him back? His mother, but she wasn’t here? Dreams and reality mixed and melded in his mind then tumbled free. Cold air should wake him.

Peter tugged the door awkwardly and stopped, trapped somehow in a gap between yesterday and tomorrow, between outside and in. Warm air wafted behind—“Shut that door, man!” Cooler breezes blew ahead. He remembered hiding outside in the cold, under the picnic table in un-mowed grass. A rotten plank, fallen free long ago, lay splintered and soft. He thudded it hard as he could against the ground. “Take that. Take that.” It didn’t drown the sound. Later his mother let the cat out; Peter crept through the line of yellow light spilling from the back door. He hugged her battered knees as he passed, smelling sweat and blood. Then he stepped around the hulking, snoring shape of his Dad and climbed upstairs to bed.

In the cold air Peter remembered Mary and thanked the Lord he’d left before he could hurt her. No ring, no women; he’d seen his temper, watched those storm clouds over his head, and taken a hike. She was probably married to someone else now, had long forgotten him. She never answered his letters, never acknowledged cards or gifts he sent her for the lad. She’d stand in the kitchen cooking hot dinners for a stranger’s family tonight. Peter imagined the swirl of her dress—wide, fifties style, like the picture on flour packs—her face bright and free. She’d enjoy clear days of sunshine, sweetness and light. She deserved it, for sure.

And the boy, little Troy? He must be better off with another dad too.

Peter slammed his fist into the wall outside the bar, making his knuckles bleed. Not the first time; they were thick and rimmed with scars. A couple shuffled by, heading in for a drink. “Let’s get inside,” muttered the man. “Let’s get away from him.” But it was only a wall Peter hurt. Forever, for always, for mercy, Peter wasn’t his Dad. 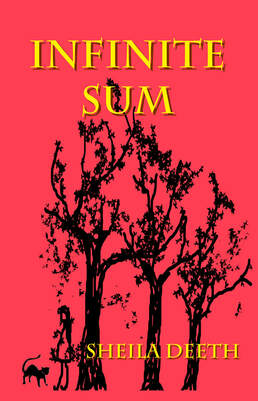 “Don’t try to decide what you’re going to paint,” says the teacher. Then I wonder; if I don’t decide to dab my brush in paint, does he think some glorious image will appear unaided?

“Don’t restrict yourself.” But I’m bound by the page.

“Let inspiration arise from your subconscious. Set it free.”

The teacher’s voice rises skyward with his words. I watch him lift manicured hands, so very consciously and theatrically. But we’re working in a warehouse, under a lofty ceiling of snaking conduits and tangled wires. Around us, deliberately inspiring objects are artfully displayed—paintings, sculptures, a vase of flowers, a crooked pile of boxes covered in cloth. Distant spotlights splash the walls, while layers of gauze and canvas tumble down in wild abandon. In the midst of it all, we painters guard our easels, proudly wearing our different shapes and styles, eagerly devouring the teacher’s wondrous wisdom, and ready for art.

But my subconscious really doesn’t feel like inspiring anything. My hand holds the paintbrush, level with my eyes, as if I’m measuring angles or judging the shade for some curious tone, while I stare pointlessly at flowers. Yellow roses, tipped and veined with red; I mourn them as they dangle over the rim of a blue glass vase. Their feathered heads promise magic in that precious moment before falling. And then, in silence, one lonely petal drops. I let my paintbrush dip and stroke its sunset onto the page and think, yeah great; this is me, inspired by dying flowers.

Colors, shapes of blooms and stems; I add them to my canvas, and my hands are painting fast. Wash blue with white for the vase’s pure translucency.  Bite my tongue and feel my lungs expand as breath swells fiercely through my head. I dip and stroke, streak and lie, bend and rise until my kneecaps ache. Red clings to tipping tips of petals while darkness piles its urgency behind, and angles bend with a flower’s sharpening shot at eternity. Ruined lives are encased in the vase’s delicate glass, and my fingers flash with ease.

“Let inspiration arise from your subconscious,” the teacher repeats.

I’m in the zone. Then I wake and he’s announcing it’s time to go home.

The canvas in front of me is filled with red and black. Broken petals swell with decay, laid out on a layer of coal. Shattered flowers lie torn and dead and scattered, never to return. What did my subconscious have in mind? 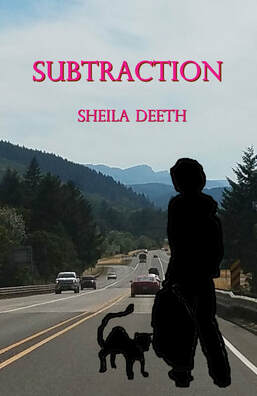 Andrew marched to the front of the classroom, ready for the afternoon’s lesson. Same kids. New year. Same topic. New hope for success. He coughed lightly in the back of his throat. “Now children.” Coughed again to strengthen his voice. “Today I will teach you to subtract.” Then he pondered whether addressing a middle-grade, special-needs audience as children might be deemed insulting. But his mind seemed devoid of alternative words, so he let himself sink into more familiar mathematical terms. “Subtract,” he repeated, with coughing confidence and a frowning hint at certainty… To subtract, take away, abuse, discard, destroy…

Youthful faces, ranging from blandly accusing to accusingly bland, stared back at him. They clearly couldn’t care less if Andrew frowned or cried. Faint groans arose, inspiring that familiar tightness in his chest. But these students, subtracted from their regular classes, weren’t rejects he reminded himself. Not yet. Andrew wasn’t going to fail them if he could help it.

“Sub-trac-tion.” He spoke the syllables carefully now, and wrote the word with a purple flourish on the whiteboard. The pen squeaked louder than the nervous quiver of his throat while he half-turned to check the students were still seated, and to see who was laughing.

Class Clown Zeke bounced on his chair in the middle of the room. “Is that like action that’s not acting right?” Beetled eyebrows wiggled, mimicking the rolling motion of the tall boy’s limbs.

“Nah,” groaned the one known as Jonah the Whale, squashed like a deflated football in his seat near the door. The force of Jonah’s voice blew strands of sandy hair up like a helmet as he clawed his armpits with stubby fists. “Sub-track. It’s like acting subhuman, like what you do.” He pointed to the clown.

Andrew rapped a ruler on the desk. “No teasing in class,” he insisted. Then he repeated, slowly, solemnly—fiercely driving down the whimper of his new-year apprehension—“We’re studying subtraction.”

For a moment, the deep, cultured, teacherly tone of his voice distracted him. Who am I? Andrew wondered, and who am I to teach them? But he couldn’t pause to evaluate the answer. “Subtraction is sometimes called taking away.” And what has been taken from me?